For all the Kickstarter backers and people interested in the ST4.

Last week we sent the first rewards to the backers (first-come first-served): 5 Sawbench kits and 5 assembled ones. This week we made a similar amount and they will hopefully be tested and shipped over the weekend.

Also, for the DIYers, the manual has been enhanced with pictures and tables, which can be used (also by us) to verify if all components are in the bags! Just overlay your stuff to check! 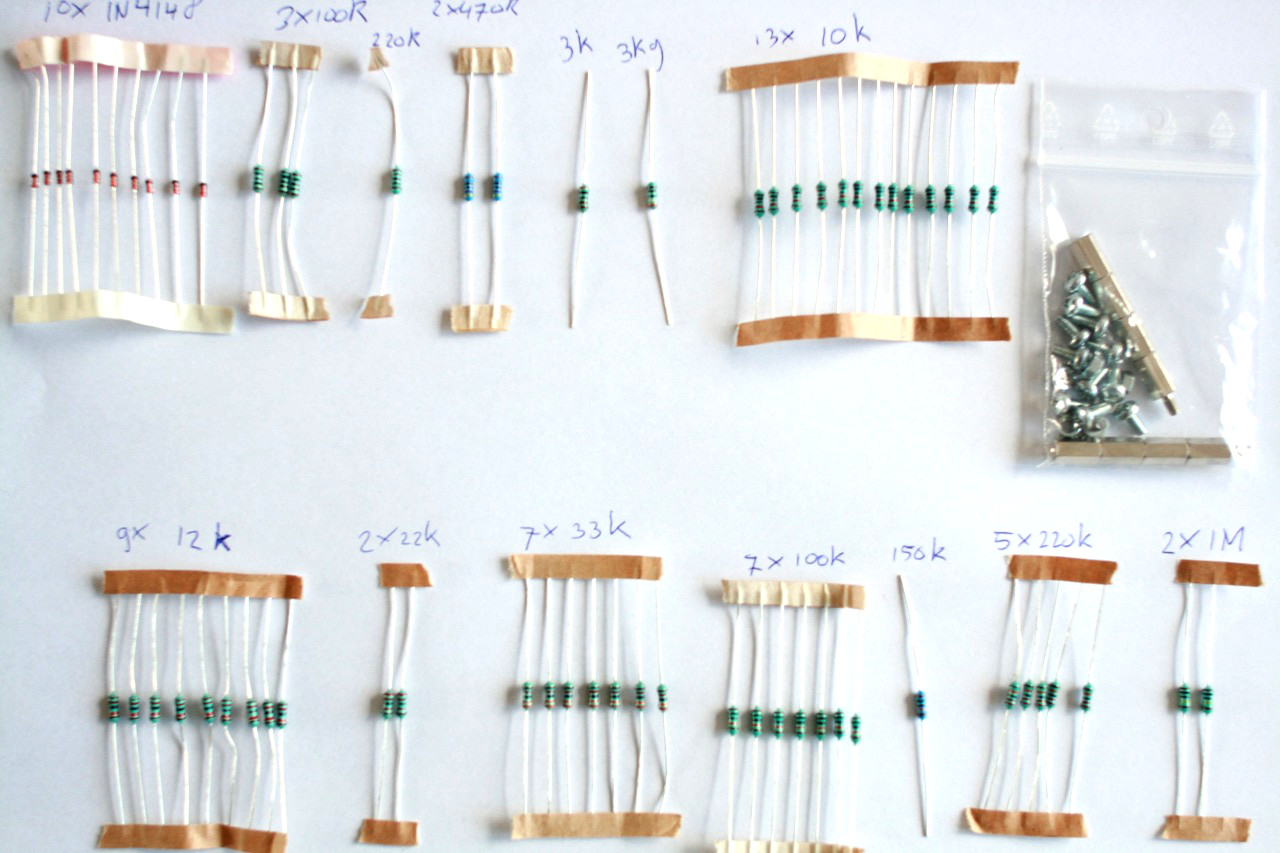 Some good news about the ST4: the noise issues seem solved! The numbers: SNR is now better than 80 dB, in some cases better than 90 (but it should not be more than that, bleh! :)). Even better, the periodic noise issues are completely gone! The entire guts needed to be replaced (going from PWM CV to a multi-channel DAC), but it was worth it.

The envelope section has been redesigned and the new components are already in-house. The new design for the control PCB’s (with envelope controls and such) is almost ready to be taped out. We hope to send those off to the factory in the next week. The new multi-channel CV DAC design will also be taped out at the same time.

When the new control board design is finalized we can also start redesign of the new front plate and contact the factory. We’re currently in discussion with a potential US distributor.

Overall, things seem to be ahead of schedule. We expect to send out all the rewards early summer.

ECR and GR both in stock. Black GR-1 stock suspected to last until mid September. Dismiss